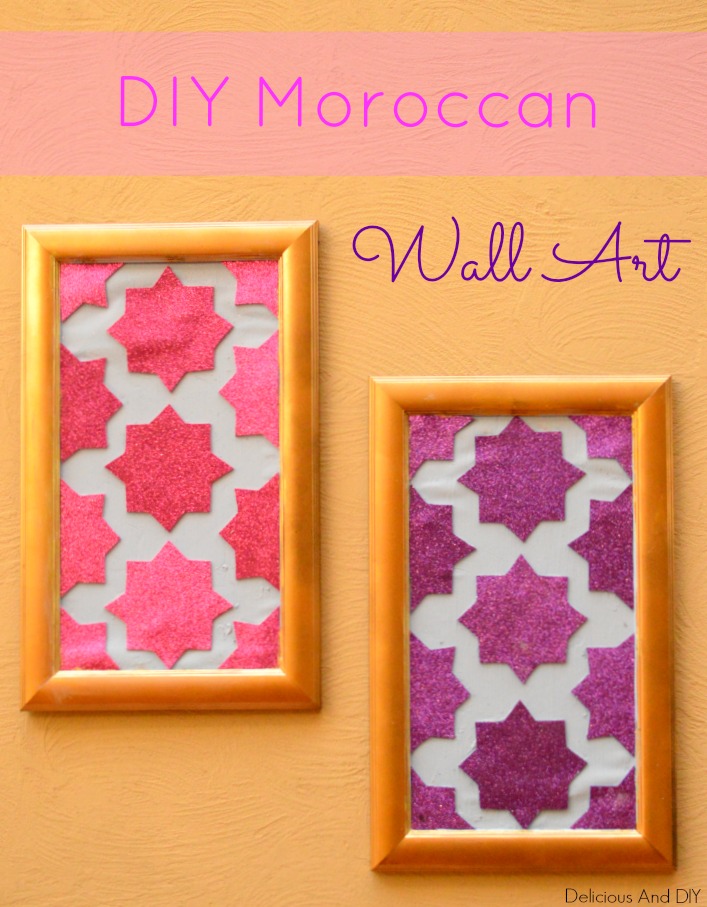 I am clearly coming across as someone who is obsessed with Cardstock since the last two projects that I have made has had Cardstock and they both have been Wall Arts aswell and today I am posting another DIY Wall Art and Guess What I used ? More Cardstock ofcourse.

I had a completely different idea for these Wall Hangings but since I have such a large amount of Cardstock leftover even after I’ve used them in the last two projects I thought why not,Right? Lets just use it again. 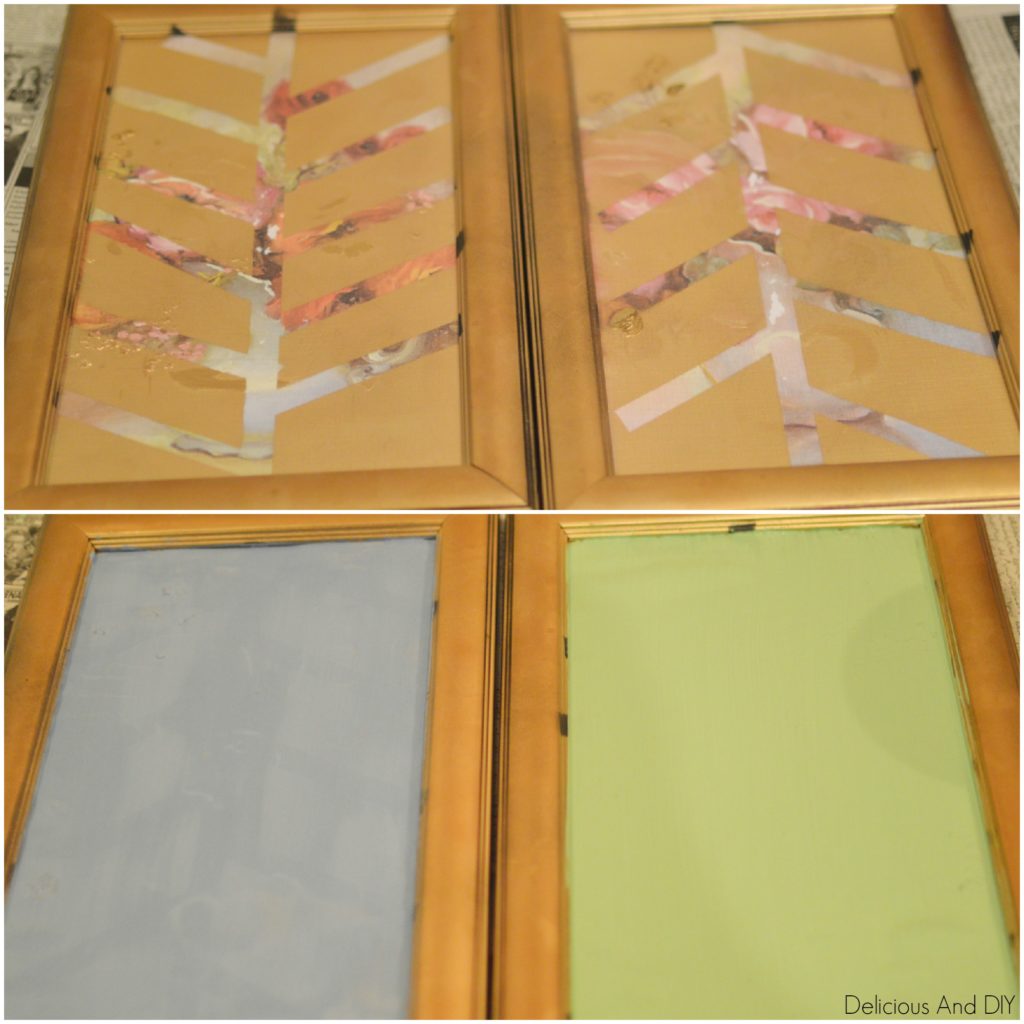 There were actually three of these wall hangings and all of them had a pretty standard roses and flower oil painting action going on before I spray painted them. I went over these with a Herringbone Design like a year ago and some Gold Spray Paint. This was not at all planned, some guests were coming over and the room in which they were staying had pretty bare walls so this was like a spur of the moment “What can be made in Two Minutes” type of a project since we had no time and we just wanted the walls to have at least something hanging on it.

And now it was time to change them. I went over one of the canvasses with Blue and the other with Green Paint.Initially I had planned a completely different design for these two wall hangings but since all those Cardstocks were staring at me I just had to use it  hence I painted both of them Blue later on. 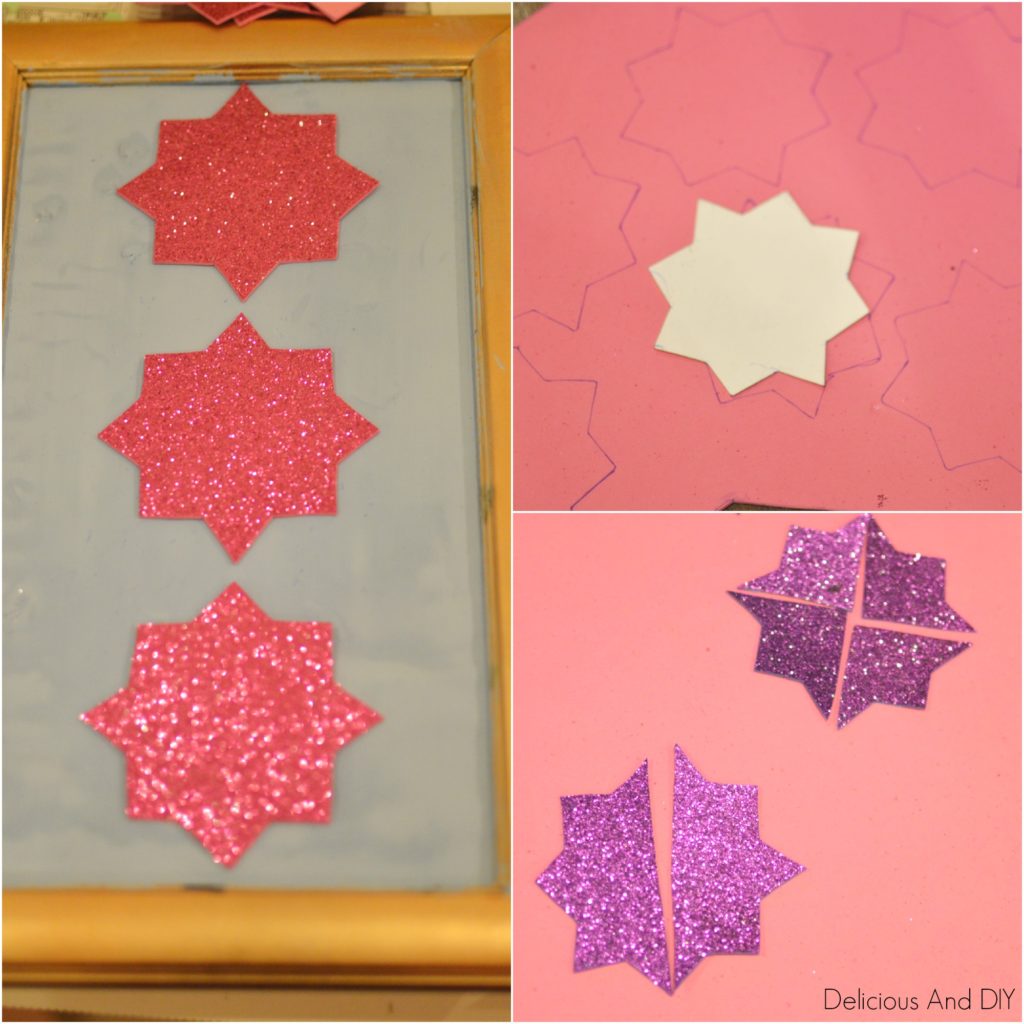 I had my stencil from a painting I had done a few days back and  It was a pretty simple design to make. Just cut out a simple square and draw four triangles on each side and you have your very own Moroccan Stencil Ready. 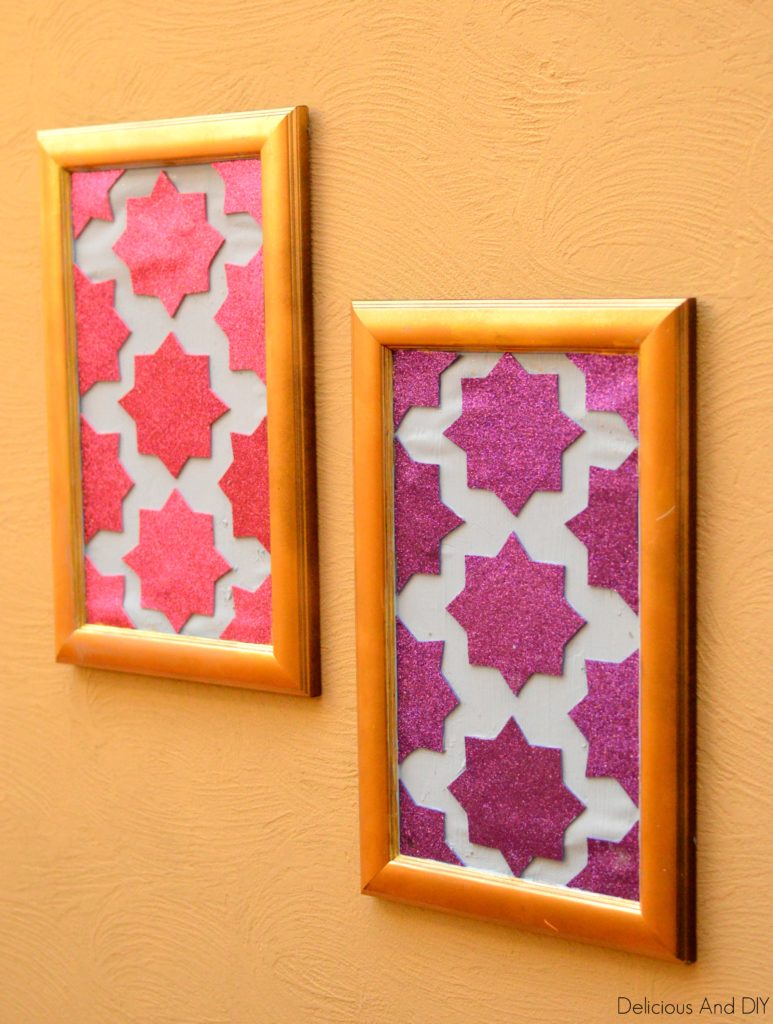 And that was it. I just glued them onto the Wall Hanging and gave it a day for it to fully dry. 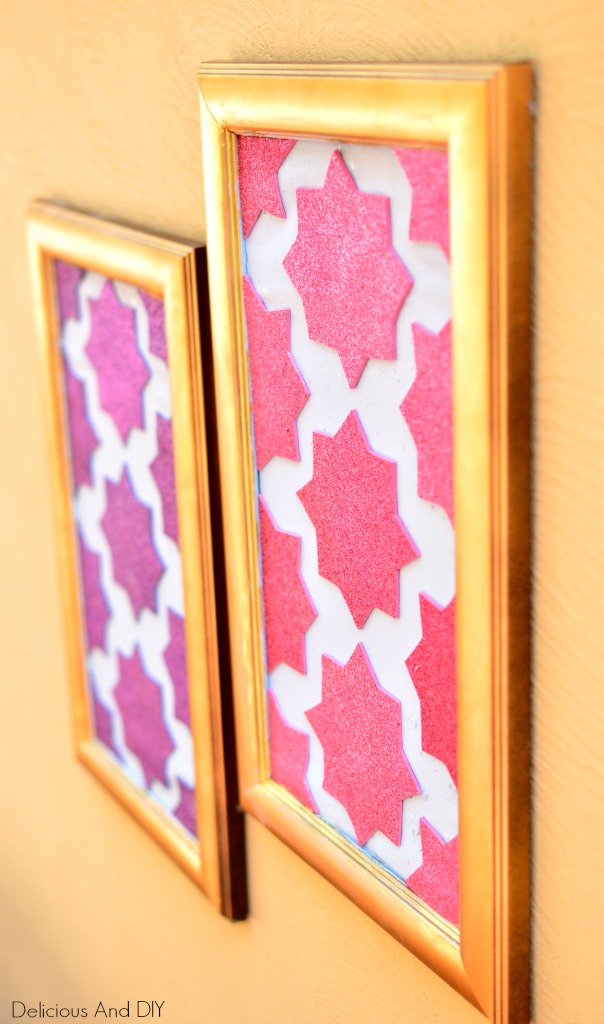 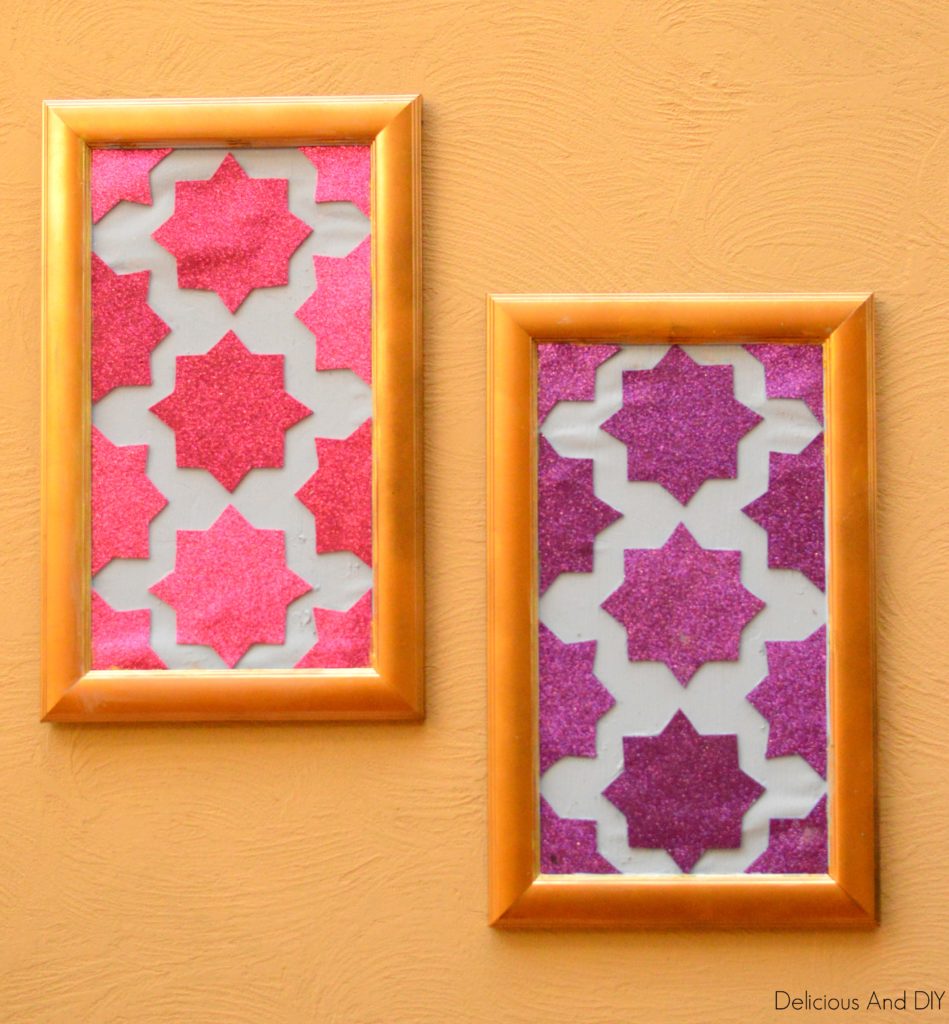 What do you guys think ? 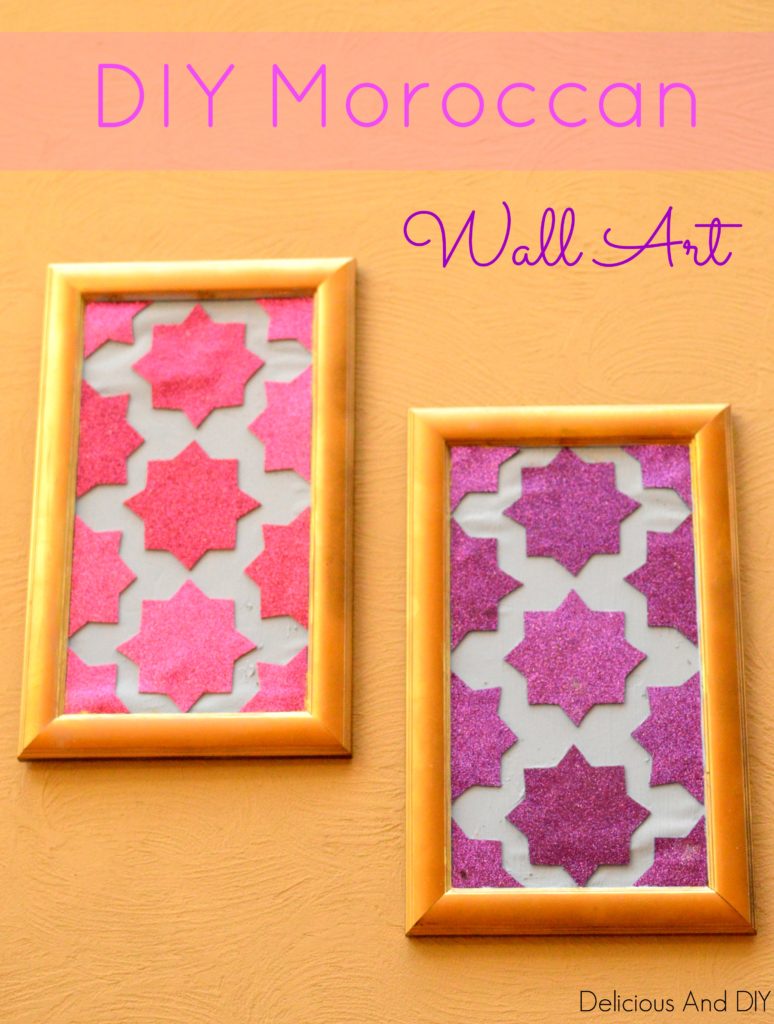 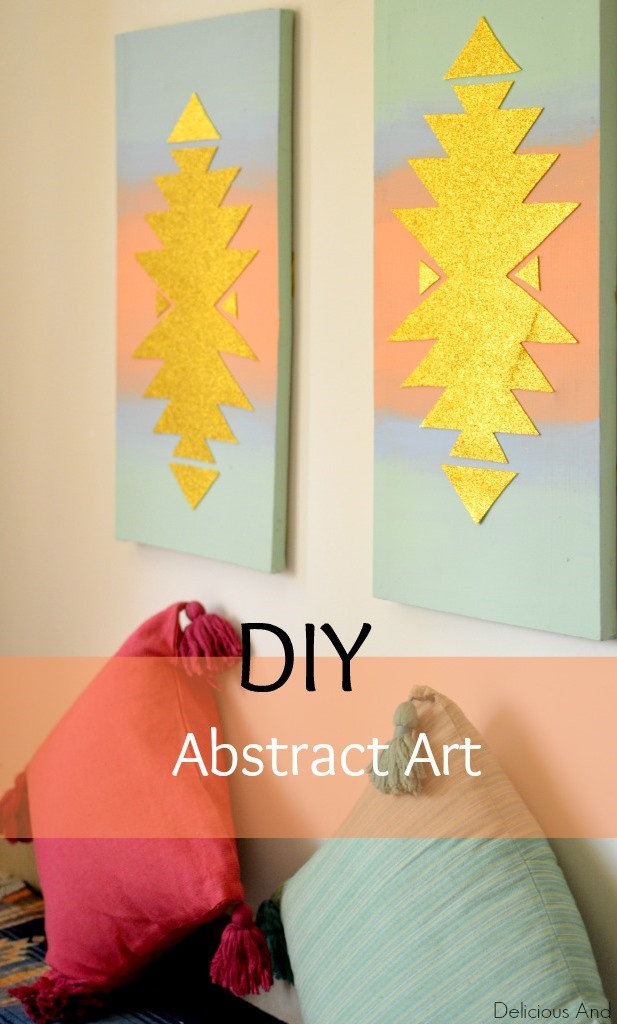 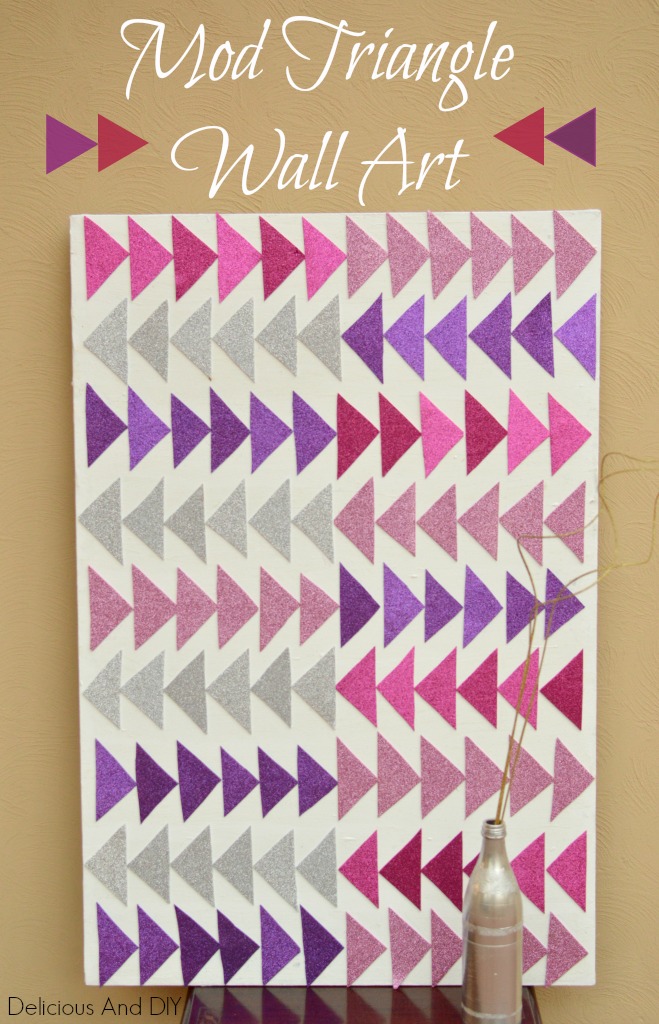